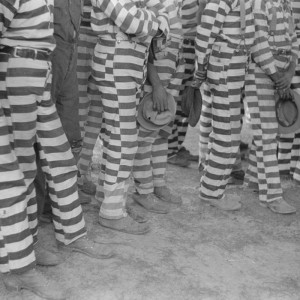 (Contains archival audio in segments 1 and 3.) The United States imprisons more of its citizens than any other nation in the world. This month prisoners across the U.S. took part in a National Prison strike protesting how they are used as cheap labor, and calling for an end to “prison slavery.” In this episode, Brian, Nathan and Joanne reflect on the history of prison labor, and learn more about the challenges facing those behind bars.