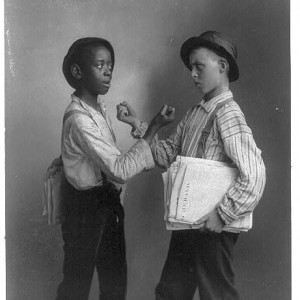 The current era of partisan news and name-calling is enough to make you wonder what happened to good old-fashioned objective reporting. But in this hour, BackStory asks: Where did the idea of media objectivity come from in the first place? Historian Marcus Daniel explains that the bitter rhetoric of editors in the 1790s played a key role in the birth of our democracy. Matthew Goodman tells the story of an elaborate hoax involving “lunar man-bats” in the early days of the penny press. And Michael Kinsley, founder of the online journal Slate, argues that opinion journalism can be more informative than so-called “objective” news.