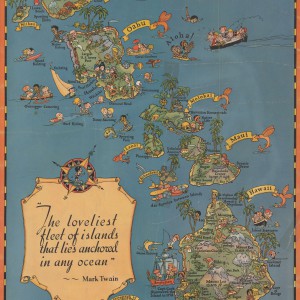 For those of us who live on the mainland, islands are something we tend to think of as destinations. As places to visit, perhaps, to take a break from our ordinary lives. And then to leave again. They’re places on the periphery — and that’s borne out not only in the way we draw our maps, but also in the way we write our history.

On this episode, we make the peripheral central. From the Caribbean, through the Great Lakes, to the San Francisco Bay and beyond, it’s an hour all about islands in American history.