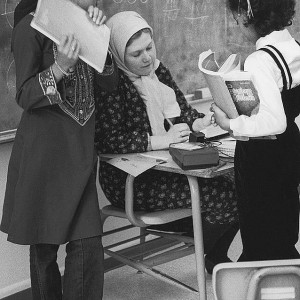 In a campaign speech earlier this month, Republican presidential candidate Donald Trump proposed a temporary ban on Muslims entering the United States. His comments were quickly condemned by leaders around the globe—including many fellow Republicans—but drew cheers from his political base. It’s proof that despite their growing presence, the country’s Muslims are often stereotyped in the American imagination.

On this episode of BackStory, we’ll take a look at the long and surprising history of America’s relationship with Islam, from the Barbary Wars of the early 19th century to the clash between American-born Muslims and more recent immigrants from the Middle East. What does it mean to be Muslim in America? And how has the practice of Islam in the U.S. changed over time?