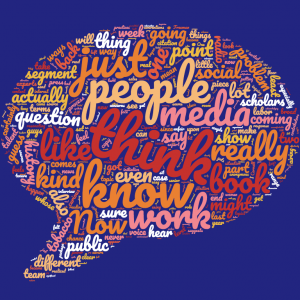 This is a special episode that’s a little bit different from our usual programming.

For several years, BackStory hosts have appeared on WBUR’s Here & Now, discussing a range of topics that have been in the news. Last week, Nathan and Ed appeared on the program to talk about America’s relationship with tobacco. They relied on the research of Sarah Milov, an assistant professor of history at the University of Virginia, whose book, “The Cigarette: A Political History,” comes out in October.

As you may have seen reported in various media outlets, neither Nathan, nor Ed credited Prof. Milov on the air for her work. For that, we’re deeply sorry.

So in this special segment, Prof. Milov joins Nathan and Ed to talk about what happened last week, as well as broader issues facing historians who are regularly in the media.

*In the conversation, Nathan and Sarah Milov refer to the following historians: Nan Enstad, James Downs, Danielle McGuire and Silke-Maria Weineck. Thanks to Jessica Marie Johnson for providing hosts with some background reading on the topic.