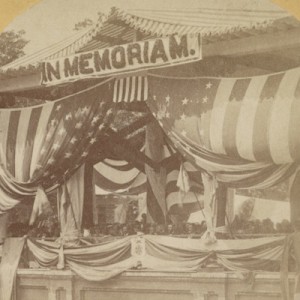 On Memorial Day, we pay public tribute to those who lost their lives fighting for our country. But how do we live with the memory of the dead the rest of the year?

In this special Memorial Day episode, the hosts and their guests explore Americans’ changing attitudes about death: historian Drew Gilpin Faust talks about how the Civil War altered the American way of dying; writer Kate Sweeney explores the 20th Century shift toward private, restrained mourning; and our own Ed Ayers tours Richmond’s Hollywood Cemetery — and discovers his own gravesite.