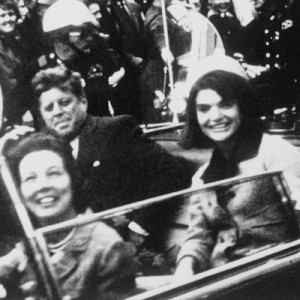 On November 22nd, 1963, 50 years ago, President John F. Kennedy was killed while riding in a motorcade in Dallas – a tragedy that inspired conspiracy theories that persist to this day. Why have alternative assassination theories proven so resilient over the years? And why do other conspiracy theories persist in public memory? This episode takes a look at conspiracy thinking throughout American history, and finds a long tradition stretching all the way back to the Founding.

From a political party formed to combat the secretive power of Freemasons, to whispers of a “slave power” conspiracy in the 19th Century, to an outcry over a criminal network fostering “white slavery” in the early 20th Century, and, of course, an abundance of Communist conspiracies during the Cold War – the hosts and their guests discover that while conspiracy theorists might sometimes be on the fringes of American society, conspiracy thinking has always been mainstream.