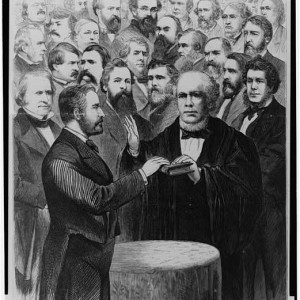 As Washington prepares for the next four years, BackStory looks back at some of the more dramatic presidential transitions from the past. On this show, the hosts explore several high-stakes presidential inaugurations and learn what each one tells us about the social and political forces at work at the time. From George Washington’s trembling voice while taking the Oath of Office to the general apathy surround Lincoln’s second inauguration, we’ll remember why inaugurations really matter.