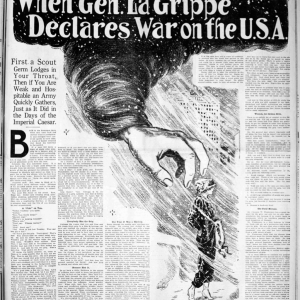 The CDC recommended flu shots for all this year after more than 80,000 Americans succumbed to influenza in 2017 – a four-decade high. But 100 years ago, a strain of H1N1 that was first found in soldiers in the spring of 1918 rapidly spread across the United States killing about 675,000 by 1919 and making it “the most severe pandemic in recent history,” according to the CDC. Brian, Nathan, and Joanne look back at the so-called “Spanish Flu,” how it affected the U.S., and why it’s often overlooked today.