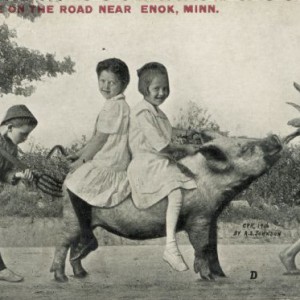 What could be more American than . . . butter carving? Maybe miniature roadside towns or perhaps a dead whale on a train. On this episode of BackStory, Ed, Brian and Nathan explore the best of Americana, finding the unique and the kitschy in American culture. (This show features two segments from previous episodes.)