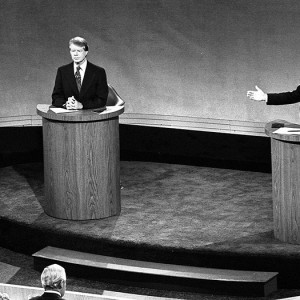 With the presidential debates between Donald Trump and Hillary Clinton dominating the final weeks of the 2016 campaign, we’re taking a look at the history of political debate in America.  Do Americans like to argue with –or past – each other? From the popularity of amateur debate clubs among young men in the late 18th-century, to the famed Lincoln-Douglas debates in 1858, and Gerald Ford’s infamous gaffe in the 1976 presidential debate, Ed, Brian, and Peter unpack the central role of debating in American democracy.