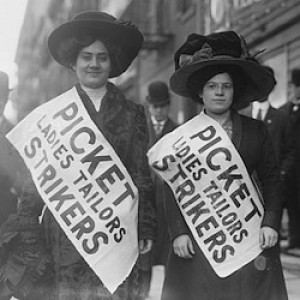 In his 2014 State of the Union address, President Obama called on Congress to increase the federal minimum wage to $10.10, and then signed an executive order putting it into effect for federal contract workers. With legislation on the table in Congress and increases being debated in many states, this episode looks to the origins of the minimum wage, and explores how we’ve thought about fair pay over time.

Along with their guests, Ed, Brian, and Peter discuss how slaves in the antebellum period could sometimes be brought into the wage economy, and how convict labor played havoc with wages in the wake of the Civil War. They discover why early 20th century feminists cheered the demise of state minimum wage legislation in the 1920s, and find out how the federal minimum wage came to be, a decade later.