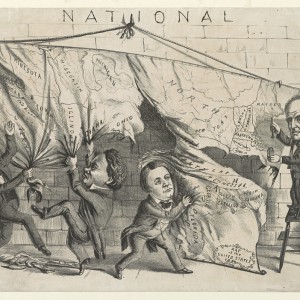 Google the phrase “divided America” and you’ll find numerous, stories, opinion pieces and even psychological theories on why we’re so disconnected. From race and class to gender and politics, it seems that Americans can’t see eye-to-eye – to the point that a recent NBC News headline stated, “Americans are divided over everything except division.” On this episode, Ed, Nathan and Joanne look at other times in history when Americans were split.