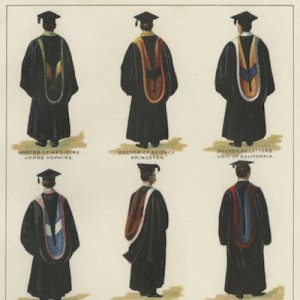 Fall has arrived, and all across the country, college students are returning to campus – and so is BackStory. Last year, President Obama proposed sweeping changes to the way government helps to finance students’ higher education, and an unprecedented system of collegiate rankings – all in the name of greater access and better value for the “consumer.” But others object to a consumerist mentality in the realm of higher education, and the application of “business” models to its institutions. So in this episode of BackStory, Peter, Ed, and Brian take on the history of higher ed – exploring earlier battles over the nature and purpose of the collegiate enterprise, and what they mean today.