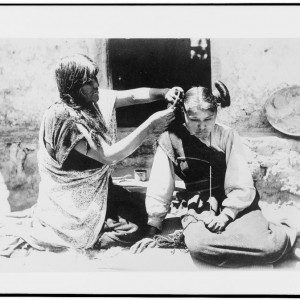 It’s been fifty years since “Hair” debuted on Broadway. The groundbreaking play featured an integrated cast and defined the rock musical genre.

On this episode, Brian, Joanne and Nathan explore some of the many meanings Americans have attached to hair – as a marker of personal identity, a living connection to distant loved ones, and even as the root of business empire.