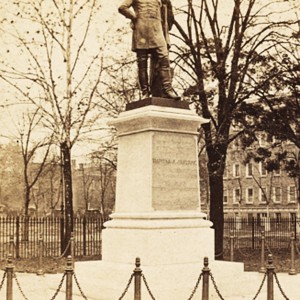 Communities from New Orleans to Charlottesville, Virginia have been debating the presence of Confederate monuments. On this episode of BackStory, Ed, Nathan and Brian discuss when and why many of the nation’s Confederate statues were erected, and what they stood for. They’ll examine the many meanings of the Confederate flag and hear a Civil War re-enactor take a closer look at his Southern heritage.