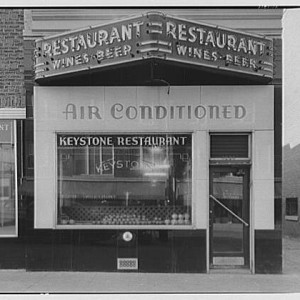 Summer and movies go together like peaches and cream. And that association is not just the product of Hollywood marketing: movie theaters were among the first places to install central air conditioning. In the early decades of the 20th century, the public flocked to the movies to escape August heat waves, and the tradition has stuck.

In this episode, the Backstory hosts consider the advent of air conditioning, and explore its far-reaching implications on everything from architecture and leisure to demography and politics. They also look at what happened when stoves became widely available in the mid-19th century, and how technology altered Americans’ way of life. How did America become the “land of comfort”? And what lessons does the history of climate control hold for us today?