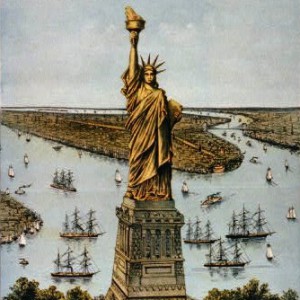 In his final State of the Union address, President Obama called America “the most powerful nation on Earth,” saying, “When it comes to every important international issue, people of the world do not look to Beijing or Moscow to lead—they call us.” This praise is hardly the first or most impassioned example of American “exceptionalism” in the country’s history. But just how “exceptional” are Americans? And why does it matter? In this episode of BackStory, we’ll go behind the rhetoric to unpack the history and meaning of the term. From the Puritan vision of a “city upon a hill” to the 19th century concept of manifest destiny, we’ll explore the ways Americans have invoked history to justify their sense of superiority in the world, and assess the changing meanings of “exceptionalism” over time.