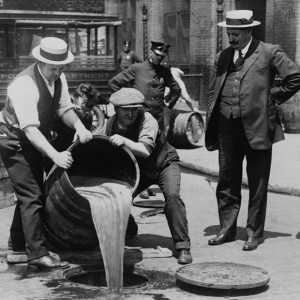 A new year has dawned, and we’re willing to bet that Americans across the nation are fighting off hangovers after ringing it in with a drink—or three. On this episode of BackStory, we’re raising our glasses to the long history of alcohol in America. The hosts will consider how and why the consumption and production of alcohol have ebbed and flowed throughout the centuries. We’ll learn how rum became the drink of choice among revolutionary troops, explore why Native Americans were rejecting alcohol two centuries before the rest of the country, and follow the long march toward Prohibition.