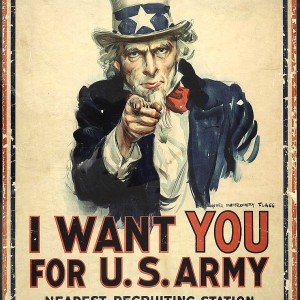 It’s Veteran’s Day weekend, when we in the US honor those who have served in our Armed Forces. In this episode of BackStory, Ed, Joanne and Brian look at the many reasons for joining the US armed services – from a sense of patriotism, to escaping poverty, to earning American citizenship. They’ll discuss the struggles of the Continental Army to find enough soldiers during the Revolutionary War and how thousands of Filipinos became American citizens by enlisting in the US Navy after World War II.