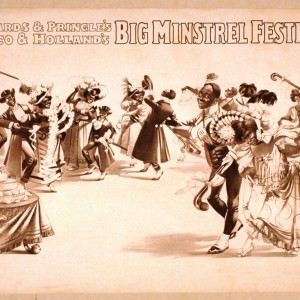 Ed, Nathan and Brian explore the history of blackface, from its heyday as the most popular form of entertainment in America to its afterlife in the controversial images that appear in college yearbooks. What explains the long life of blackface in American culture?