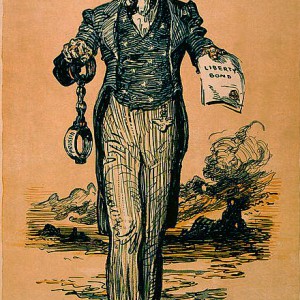 Whether you’re a Romney or Obama supporter, it’s likely that you would agree on one thing: the national debt – at more than 16 trillion dollars – is too large. And yet, America’s first Treasury Secretary called this debt a “national blessing.” What did he mean by that, and are there times when Americans have celebrated being in the red?

On this episode, the American Backstory hosts ask why debt has continued to be so controversial in a nation that was founded on borrowing. What factors have contributed most to our ballooning deficit, and who, historically, has been most concerned about it? To whom does the nation owe all this money, and how has the slate of creditors changed?