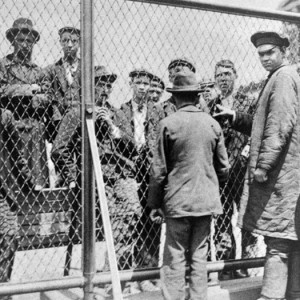 Thousands of Central American migrants, dubbed the “migrant caravan,” have traveled north on foot towards the U.S. border since mid-October. Originating in Honduras, the group includes men, women and children attempting to escape high poverty, violence and corruption. In response, President Trump deployed 5,200 active duty troops to the U.S. border with Mexico this week and indicates that number could reach 15,000. On this episode of BackStory, Brian Balogh, Nathan Connolly and Joanne Freeman consider the origins of illegal immigration and look at how the government’s deportation powers have grown over time.