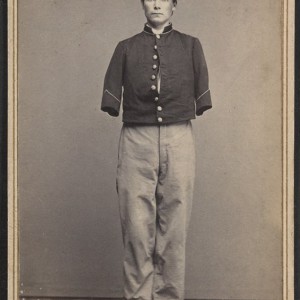 The impact of the 1990 Americans with Disabilities Act is visible in parking lots, bathrooms, and public buildings across the country. But for centuries before the ramps and signs were erected, disabled people had to find their own ways to navigate American society.

On this BackStory, we’re exploring the history of disability in America, from the “ugly laws” that barred the disabled from public spaces to the grassroots activism that set the stage for the passage of the Americans with Disabilities Act. The hosts will consider how the inventor of the telephone tried to stamp out American sign language, and how enslaved people found ways to exploit white fears of physical disability. How have people with disabilities shaped 21st century America? And how have American attitudes towards disability changed?