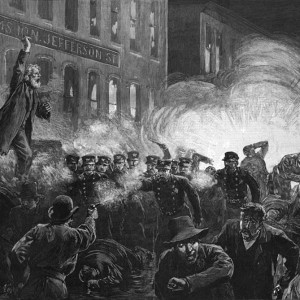 In the 19th century, dynamite helped transform the nation. It led to the construction of important milestones like the transcontinental railroad and helped create iconic American monuments like Mt. Rushmore. But some people also saw these small explosives as potential weapons and used dynamite to promote violence. In this episode, Brian teams up with Lizzie Peabody, host of Sidedoor, a podcast from the Smithsonian, to detonate some explosive stories in dynamite’s history.

Timothy Messer-Kruse, “The Trial of the Haymarket Anarchists: Terrorism and Justice in the Guilded Age” (2011)