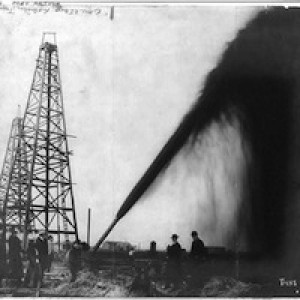 As oil prices continue to plunge this winter, we’re getting into the oil business – with a look at our love affair with “black gold.”

At the beginning of the 20th century, oil was hardly on America’s energy map. Coal was king, supplying as much as 90% of the nation’s energy needs. And the second most used energy source? Wood. But in just a few short decades Americans would come to depend on oil to heat their homes, get to work, power their military, and supply the plastics for their appliances. By the dawn of the 21st century, President George W. Bush would declare America “addicted” to the substance. So in this episode, the hosts and their guests look to the roots of that addiction, and explore how oil has shaped the American lifestyle and economy over time.