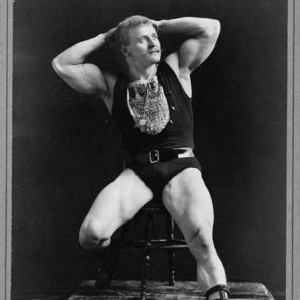 It’s summer, the beach is calling, and so is the dreaded swimsuit! If it’s enough to make you want to hide out at home, then this week’s BackStory, exploring notions of the perfect American body, will offer some comfort. The episode surveys how ideals of the body have changed over the centuries — from a very slender male body in the 1800s, to the pseudo-science of “nasology” (which held that the shape of a person’s nose was the key to understanding their character). While steeling themselves for a look at the Cold War roots of that bane of schoolchildren everywhere — the Presidential Physical Fitness Test — Brian, Peter and Ed come to grips with a range of body history, giving listeners a bracing intellectual workout.