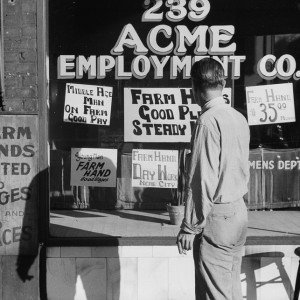 To mark the Labor Day holiday Brian presents a compilation of BackStory’s best stories about work and workers. Why were so many employers keen on hiring children in the 19th century? When was computing considered women’s work? And what happened when almost a million Mexicans were expelled from the US to free up jobs for white workers?