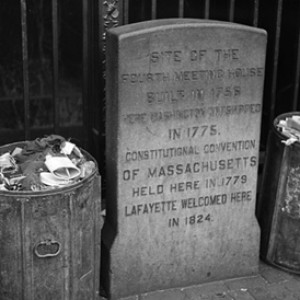 BackStory gets trashy this week, as the hosts pick through America’s history of garbage – from the filth-eating pigs that once ran free in New York City and kept the city clean, to the soda industry’s promotion of  recycling to boost their bottom line. We’ll learn why Americans produce so much garbage and the different ways we’ve disposed of it.