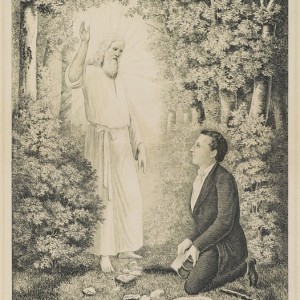 History textbooks often argue that the United States was founded on the principle of religious freedom, beginning with the Pilgrims who sought refuge from the Church of England. But the America of centuries past was more than a safe haven for religious dissenters. It was also fertile ground for many new religious faiths.

In this hour of BackStory, the Backstory hosts will consider religions that originated or transformed in America, from Christian Science to Scientology. They’ll find out how the threat of colonization briefly united 18th-century Native Americans under a single deity, and how the Nation of Islam found converts among African-Americans in the civil rights era. What makes a religion “American”? Why do so many new faiths sprout from American soil? And what role will 21st century America play in the history of religious innovation?