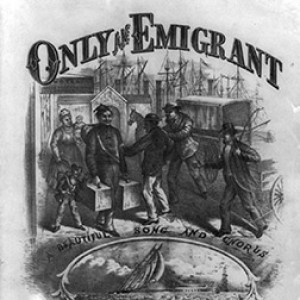 With Donald Trump vowing to keep undocumented Mexicans out of the U.S. with a wall and Hillary Clinton promising the same immigrants a path to citizenship, immigration was a big issue in the 2016 presidential election.  But what about the flip side – emigration?

In this episode of BackStory, we ask who’s chosen to leave the U.S. and what parts of their American identities they took with them – from the Loyalists who fled to Canada in the wake of the American Revolution, and the free blacks who sailed to Liberia in search of true freedom, to the Depression-era refugees who moved to the Soviet Union.