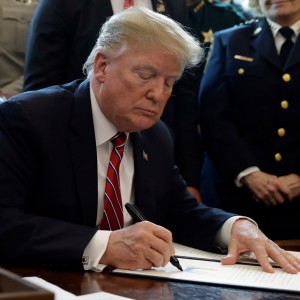 To veto or not to veto? That was the question President George Washington wrestled with on this day in 1792.

In honor of that decision, and the precedent it set for subsequent leaders, this week BackStory looks at presidential vetoes through two periods in American history. First, Joanne unpacks Washington’s complicated feelings about his first – and only – veto. Then, Brian speaks with historian Jeffrey Engel about how President Trump’s recent use of the veto pen fits into the big picture of presidents saying ‘thanks, but no thanks.’