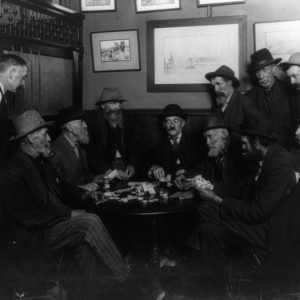 This month, thousands of Americans will bet on the Kentucky Derby, the most heavily-wagered horse race in the U.S. Gambling is a part of America’s DNA–Native Americans played dice games prior to contact with Europeans and in 1612, English proprietors held a lottery to raise funds for the Virginia Company’s settlement of Jamestown.

On this episode of BackStory, the hosts explore the history of Gambling in America. We look at how speculators bet on land–America’s most plentiful commodity–and created the “first” stock market. The hosts also uncover how gambling, once outlawed throughout much of the U.S., has become a major source of revenue for cash-strapped communities. From Native American gaming to the rise of Las Vegas, this episode unpacks how some Americans found opportunity in gambling, while others lost big.