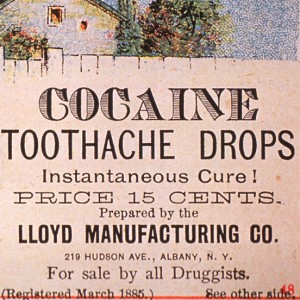 Four states have legalized recreational marijuana, 23 others allow it for medical purposes and at least five more states are expected to pass marijuana-related legislation this year. Meanwhile, heroin addiction and abuse of prescription painkillers are becoming a national epidemic, and drug overdoses have overtaken car crashes as the leading cause of accidental death.  Americans have a long and checkered history where drug usage is concerned.

Brian, Ed and Peter start this episode by going back to the 19th century, when opium and cocaine were legal and heroin was prescribed as a way to get off morphine. They also explore how Vietnam vets and suburban housewives triggered two very different drug panics in the 1970’s... Along the way, they’ll look at the role of the medical establishment in shaping American use of, and attitudes towards drugs.