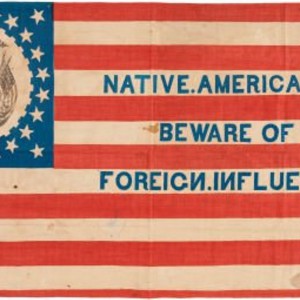 In a country populated by immigrants, why are Americans so wary of newcomers? What’s the difference between the nativism of the early Republic and and the anti-immigrant sentiment on talk radio today? How do we draw the line between “us” and “them?” Historian Mae Ngai explains that the door slammed shut in the the 1920s. Frank Morris of the Center for Immigration Studies discusses historic tensions between immigrant laborers and African-Americans. And immigration lawyer Stan Braverman says that inscrutable legislation passed in the 1990s has taken the fun out of the job.