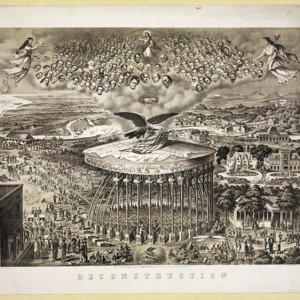 Lately, Americans feel the country is more divided (at least politically) than ever and often wonder how to go about repairing our divisions. Those same questions were asked when the nation started to come back together after the very real split of the Civil War. When Congress passed the first Reconstruction Acts, paving the way for Confederate states to rejoin the Union after the war, many also asked who belonged in the country and what rights they would have. So, in this episode, Ed, Nathan and Joanne explore the central questions of the Reconstruction Era.