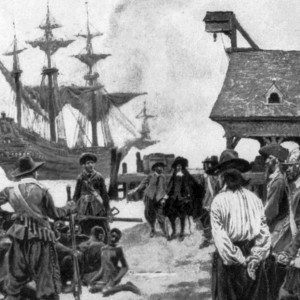 This month marks the 400th anniversary of the first Africans’ arrival at what would become British North America. It wasn’t the first time Africans set foot in what became the United States – they’d arrived some 100 years earlier with Spanish colonists. But 1619 looms large in American history because it marks the beginning of slavery’s development in the Virginia colony and later the entire nation.